THE MISSION OF TRADERS4ACAUSE
IS TO PROMOTE A CULTURE OF CARING AND ALTRUISM WITHIN THE TRADING COMMUNITY.
We seek to educate, motivate and inspire traders to make a difference through supporting worthy causes.
MAKE A DIFFERENCE
Traders have access to wealth and resources, but not everyone in this world is as fortunate. Traders4ACause believes in promoting the idea that people who achieve success should give back to the community and make a positive impact in the world.
$

Motivate and inspire traders to share their success with those less fortunate than themselves.
$

Raise awareness of the causes in greatest need of support.
$

Educate the trading community about effective giving. Traders4ACause seeks to maximize the impact of giving by educating and promoting “smart philanthropy”.
$

Promote and highlight charities that Traders4ACause has researched and considers to be some of the most effective. 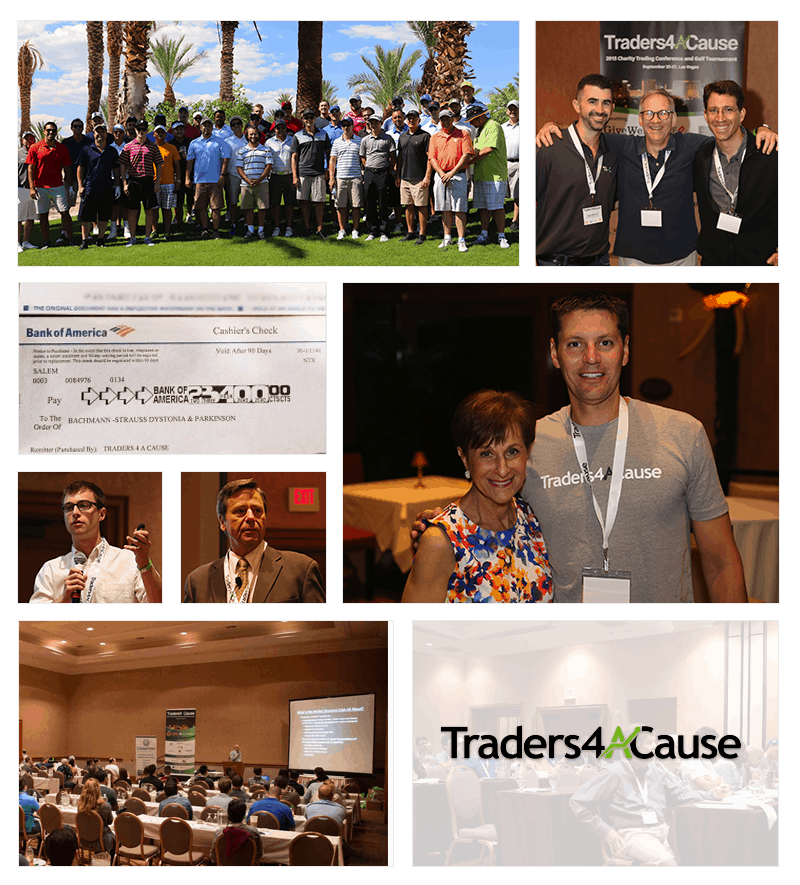 INSPIRE THE TRADING COMMUNITY
Traders4ACause seeks to energize, educate and enable traders to succeed. Through greater success, traders will be further empowered to make a greater difference in the world.


We promote events for networking and education within the trading community.


Our goal is to foster a stronger community where traders can support each other’s growth.


We work with experienced traders to facilitate access to quality education through fundraising activities.
MEET THE TRADERS4ACAUSE TEAM 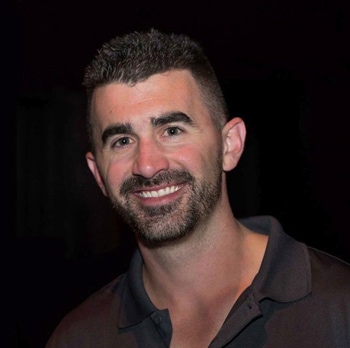 Nathan Michaud is one of the founding members of Traders4ACause. He has served as the President of the non-profit organization since 2013. He is also a volunteer for the organization’s charity committee and conference committee. Mr. Michaud holds a Bachelor’s degree in Finance from the University of New Hampshire.

Mr. Michaud has been a full time independent stock trader since 2003. He is well known in the trading community for his ability to identify and react to momentum in the markets quickly. During his career he has founded and still manages a live trading chat room and produced many educational products.

Mr. Michaud has always been involved in giving back but quickly realized the power of putting your first foot forward in the trading community and the amount of impact just a handful of traders can make.

Mr Michaud resides in New Hampshire with his wife Laura, daughter Adalyn and most importantly his dog, Beckett. 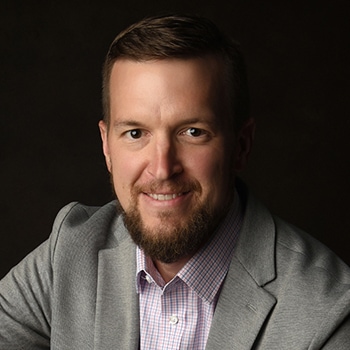 Zach Schellhaas was appointed as Executive Director of Traders4ACause in February 2019. Prior to his role as Executive Director, he served as a Vice President in 2018. He is also a member of the Board of Directors since 2014, chairman of the conference committee, and a volunteer for the organization’s charity committee.

Mr. Schellhaas runs his own consulting firm, and previously served as a trader and account manager for S-Lab Trading from March 2012 to January 2018. Prior to working for S-Lab, he worked as a director of operations for a medical diagnostic testing facility. He’s had a diverse career; from interactive marketing and advertising to wholesale distribution.

Mr. Schellhaas earned a degree in marketing and social psychology at Lehigh University, where he served as both general manager of the campus radio station and director of a student activities committee.

Traders4ACause believes that Mr. Schellhaas is qualified to serve as Executive Director because of his experience as a leader and his extensive experience in event planning and organization. Mr. Schellhaas resides in Pennsylvania with his wife and 2 daughters. 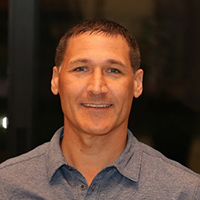 Matt Marino has served on the board of Traders4ACause since February 2017and appointed as Vice President in February 2019. He also volunteers on the organization’s conference committee.

Mr. Marino has been a registered representative in good standing with FINRA since 1999 and holds his series 7, 63, 55 and 24 licenses. He has been a principal of three trading firms, most recently as a founder and principal of CenterPoint Securities — a firm dedicated to offering high quality service to the active trader.

Mr. Marino takes pride in giving back to the community and supporting charitable endeavors. He has generously donated his time as a volunteer youth sports coach for many years. As a sponsor and attendee of all Traders4acause conferences since inception, he is honored to be a part of this great organization.

Mr. Marino resides in Rochester Hills, Michigan with his wife and two children.  They are caretakers to over 15 animals many of which are from rescue organizations. 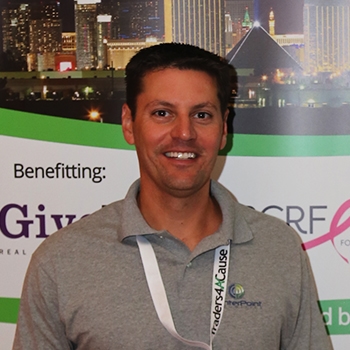 Scott Herman is a founding member of Traders4ACause and currently serves as an advisor to the board and charity committee. Mr. Herman has a broad based business background that compliments his business degree from Tulane University. He has extensive experience in the financial services industry and is a founder and principal of CenterPoint Securities — a firm dedicated to offering high quality service to the active trader. Mr. Herman is a member in good standing with FINRA and holds his 7, 63 and 24 licenses. He is a former professional equities trader and a serial entrepreneur, successfully forming and selling several companies including Admissions Prep, a test prep company acquired by Kaplan.

Mr. Herman has been actively involved and contributed to a number of 501(c)(3) charitable organizations. He currently serves as a volunteer on the Supervisory Board of the California Credit Union, a credit union with over 3 Billion in assets. The Supervisory Committee acts as an oversight committee ensuring the Credit Union’s compliance with laws and overseeing the annual audit.

In his free time, Mr. Herman enjoys traveling, beach volleyball, golf and spending time with his wife Stephanie and their two young children. 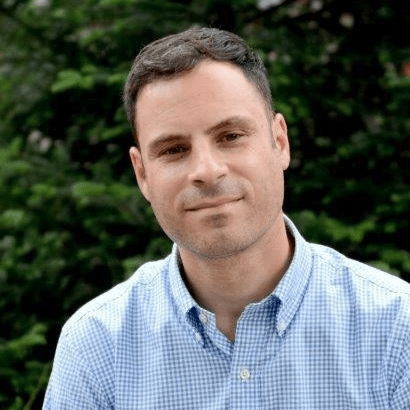 CHAIRMAN OF THE BOARD

Alongside being an active trader, Helder runs his own construction company and has been involved in the industry for several decades. He joined the Traders4ACause board of directors in early 2020 and is currently serving as the chairman.

He resides in East Providence, Rhode Island with his wife and three children. 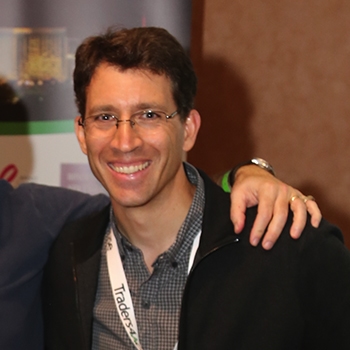 ADVISOR TO THE BOARD

Gregg Sciabica is one of the founding directors of Traders4ACause. He has served as the chairman of the board since May of 2016. He is also a volunteer for the organization’s charity committee and conference committee.

Mr. Sciabica has been a very successful independent stock trader since 1999. He is well known in the trading community and has earned an exceptional reputation for his research and trading skill. During his career he has founded and managed hedge funds and a commodity pool. While he continues to devote the majority of his time to trading, he now also works with and mentors other traders. He is also an investor in several businesses.

Mr. Sciabica has a personal belief in the importance of giving back. Throughout his career he has generously donated to non-profit charities supporting a wide range of causes. He resides in Tucson, Arizona. 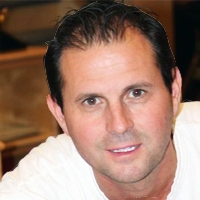 Tom Kelly has served on the board of Traders4ACause since May 2014. He also volunteers on the organization’s charity committee.

Mr. Kelly served as a licensed investment advisor at Lehman Brothers and Dean Witter Reynolds between 1989 and 1996. Since 1996, Mr. Kelly has been a successful independent equities trader & investor. Mr. Kelly is also well established in the business world. He owns Chayo Mexican Kitchen in Las Vegas, NV.

Mr. Kelly believes in the importance of donating to charity and makes considerable donations to different charities and organizations throughout the year. He resides in Las Vegas with his wife and two young children. 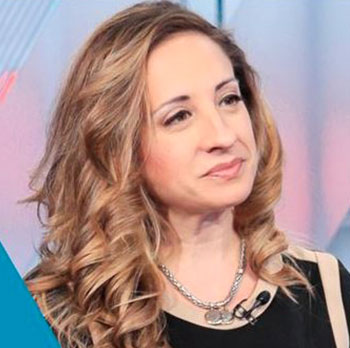 Jill Malandrino, Global Markets Reporter, is the host of TradeTalks and regularly reports from the Nasdaq MarketSite, Nasdaq PHLX Trading Floor and industry conferences. Prior to joining Nasdaq, Jill was the Product Development Manager for The Street’s OptionsProfits where she reported from the Nasdaq, NYSE, Chicago Board of Trade, CBOE and NYMEX trading floors. She was formerly on the institutional equity trading desks of Prudential Equity Group and H.C. Wainwright. Her 15+ years of experience on Wall Street, give her the insight to facilitate meaningful conversations with industry leaders. Follow @JillMalandrino 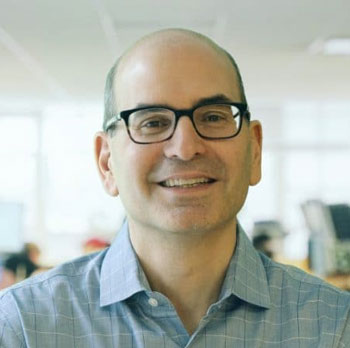 Mike Bellafiore is the Co-founder of SMB Capital, a proprietary trading firm in New York City, and SMB Training, its trader education division. He is the author of the “trading classic” One Good Trade and The PlayBook. He also authored a chapter for The StockTwits Edge, in which he discussed a favorite trading setup. Mr. Bellafiore writes regularly for SMB Training blog, where he shares ideas on how to improve trading performance. SMB’s trading techniques were noted in The Daily Trading Coach: 101 Lessons for Becoming Your Own Trading Psychologist, written by Dr. Steenbarger. As an international lecturer, Mr. Bellafiore personally coaches select elite traders outside his firm.

Mike is a former member of the University of Connecticut Board of Trustees. Presently, he serves on the Board for Traders4ACause. He lives with his wife and two children on the Upper West Side in NYC.

JOIN THE CAUSE!
Make a Donation